Written by Emil Andersson on
October 21st, 2022 in Reviews

I have been playing NHL games since NHL 98 so I thought it would be fun to start making reviews for this game franchise. NHL 23 will be the first game I formally review. These will mainly focus on offline modes such as Franchise Mode and Be A Pro (in future reviews).

EA Sports presented "all-new celebration options" and "fresh post-goal light shows". This is not all true when you fire up the game. The Stanley Cup celebration in Franchise Mode is there and it adds to the experience. But when it comes to "fresh post-goal light shows", there are around 10 games in a whole season where you will see this, and only for a selection of teams. The intro sequence lasts for 5 seconds. Not much is added to the experience. 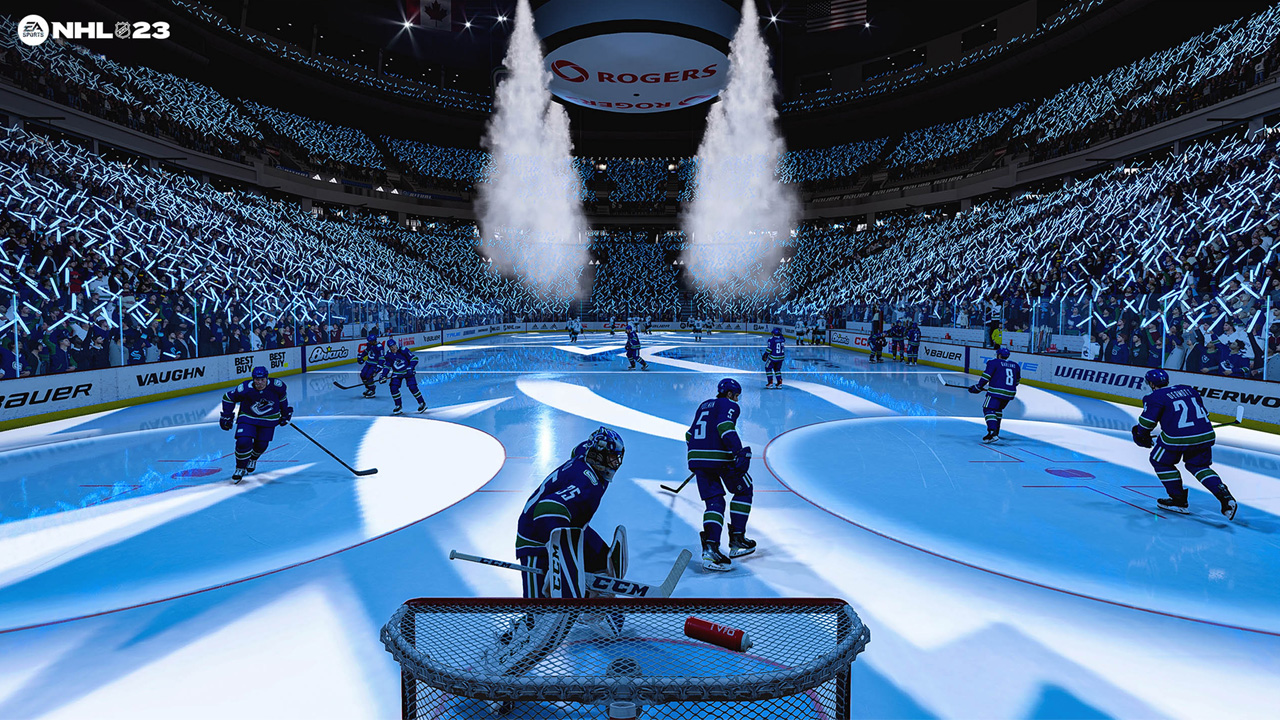 EA decided to get rid of some replays that were called "full broadcast experience" in previous titles. Multiple goal replays, shot block replays, and goalie save replays, are all gone in NHL 23. Which offline players probably will miss. This is not the first time EA Vancouver decides to cut features to "streamline the gameplay experience". It would be ok to do this for online play but why cut it for players who like a more authentic hockey experience? It makes no sense.

These are not the only problems, there are more. When you hype the updates to the presentation feature in your teaser/trailer, shouldn't you make sure the post-whistle animations don't look like NHL 98 levels of animations? The players still skate into each other and make weird glitched animations. This has been a problem since NHL 15. At least they fixed this for penalty box animations by making it a sequence. Do the same for post-whistles post-fights, and even post-goals. It would make this game look way more polished.

For the crowd reactions, EA Sports has added more dynamic reactions which really adds to the hockey experience. More booing when fans get frustrated at the referee or their team. Here I have to give credit to the sound team. It sounds great.

This year Franchise Mode got a new Stanley Cup celebration where you can pass the cup to the teammate you decide. They also added a new mode to Franchise Mode called "Custom Leagues" where you can customize the league as fit. I personally don't understand why they decided to add this out of all the requested features they could have added. I feel like we could do this before too but not with the same control.

They added a dynamic stat leaderboard for the league leaders in points between whistles. It looks cheesy but it also adds something to the experience. It updates every time a goal is scored. So it becomes stale after 2-3 played games. I think they should show it once in a while. Then add player highlights, save replays, block replays to fill it out. But as I said earlier, they cut those replays out (???).

This is what I would change first (offline game modes):

Did you find this interesting?